Manurewa Association Football Club is situated in the heart of South Auckland. In 1959 Manurewa A.F.C, as we know it today, was founded. The original home grounds were at War Memorial Park but in 1964 the club relocated to Gallagher Park, where football was played up until the end of the 1996 season. In 1997 we returned back to War Memorial Park and remain there to this day. 1978 was the year that saw us win the Northern League First Division, Chatham Cup and Adidas Challenge Cup. A unique treble not achieved by anyone before or since. 1983 saw us win the National League and in 1984 we reclaimed the Chatham Cup.

Our club has had several New Zealand Representatives playing for us:

Our home ground is War Memorial Park, located at 16 Gibbs Rd, Manurewa, Auckland. Our beautiful grandstand boasts historical imagery at the top with our vibrant blue and yellow steps overlooking our fields. Our clubrooms at War Memorial Park consists of three levels with our mezzanine that overlooks all fields. You can find a nice range of beverages at our bar and a kitchen full of hot food, perfect for a cold winter's day watching footy.

Our alternative pitch is Jellicoe Park, which can be found just around the corner. Jellicoe Park is the home of this year's Men's First Team. 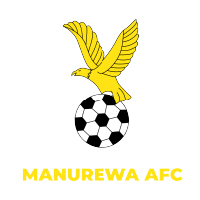 Manurewa is Māori for "drifting kite". The name refers to a kite flying competition where a kite line was severed and drifted away. The kite's owner was the chief Tamapahore who had a pā (fortified village) on Matuku-tururu (Wiri Mountain). The name Manurewa commemorates the incident by the name.

Manurewa AFC currently boasts a large number of Junior, Youth, Senior, Social and now, a Women's team. We're very fortunate to have a number of volunteer coaches who help make football a dream sport for our rangati of South Auckland.